In the past two days, the “F-Generation” of Vietnam started what seems to be an online exodus when many well-known Facebookers announced that they are moving on to Minds.com – an alternate platform for social media.

The “F” in F-Generation stands for “Facebook” as the online social media giant has a dominant presence in the country where some statistics raised the number of users to be between 50 to 60 million.

For about two months, people had been protesting both online and offline against the latest Cybersecurity law which was passed by an overwhelming 86.86% of the National Assembly.

The law raised concerns over Internet users’ privacy, people’s freedom of expression, and their right to access the Internet.

Brad Adams, Asia director at Human Rights Watch, declared: “This bill, which squarely targets free expression and access to information, will provide yet one more weapon for the government against dissenting voices. It is no coincidence that it was drafted by the country’s Ministry of Public Security, notorious for human rights violations.”

In less than two days, some of the prominent Facebookers have received thousands of subscribers over at their freshly minted Minds accounts.

In the same time, reports of pages and personal accounts have been taken down by Facebook also surfaced.

Trương Thị Hà, a victim of police brutality during the last “Black Sundays” protest, announced on Minds this morning that her account has been deactivated by Facebook.

After she posted a letter to her university professor, asking him to explain why he stood there while the police brutalized her during her detention after the protest, that very post was deleted for “violating Facebook community standards” at about 8:30 a.m. Then, her entire account seemed to have disappeared by 10:40 a.m.

According to author Claire Bernish who wrote about Minds back in June 2015, Facebook could finally meet its match. Minds gives users the familiarity with many features they have already accustomed to on Facebook while commits to protecting their privacy.

“Minds takes the government’s eyes out of the equation by encrypting private messages and using open-source code that any programmer can check,” Bernish explained.

The hacker collective Anonymous also backed Minds, citing the fact that the founders of the new online social media shared the same vision of those who use the Internet for activism.

According to the Wired UK: “Two of those on the Minds team – Bill Ottman and Lori Fena – have strong backgrounds dealing with privacy and freedom of expression issues and are both known for their internet-related activism. It is likely these are the type of people that the company is hoping to attract – those with a cause, who want to build something and share it openly with others who may also have a cause.”

President Trần Đại Quang signed the Cybersecurity bill into law on June 25, 2018, although some 27,000.00 signatures of citizens who had expressed their objection to the proposal of the law, were delivered to his office during the prior weekend.

It seems as if the activists and human rights defenders from Vietnam might have found a friend in Minds because the reason they chose Facebook in the first place, was to use the platform as a tool to advance a cause: promoting human rights and democracy in the country.

While not all of them agreed to the solution of leaving Facebook and saw that as a sign of defeat, the silence from Facebook during the last two months as the Cybersecurity law stormed the nation could force many activists to reconsider whether to continue to use it as their primary platform.

Vietnamese netizens are no strangers to such online “resettlement.” Back in 2009, when Yahoo 360 blog closed down its operation, Facebook quickly became the next best choice in the country.

Almost ten years later, while Facebook could still enjoy its reign in the country as the most used online social media platform, the power of Vietnamese users should not be underestimated by anyone.

Afterall, Vietnamese are a group of people whose contemporary history entwined with mass migration and exodus. They have a lot of experience with starting over, yet again, and they will not be afraid to do so. 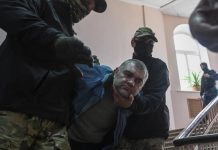 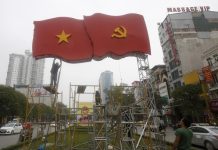 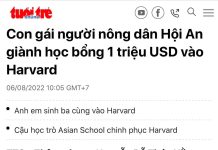